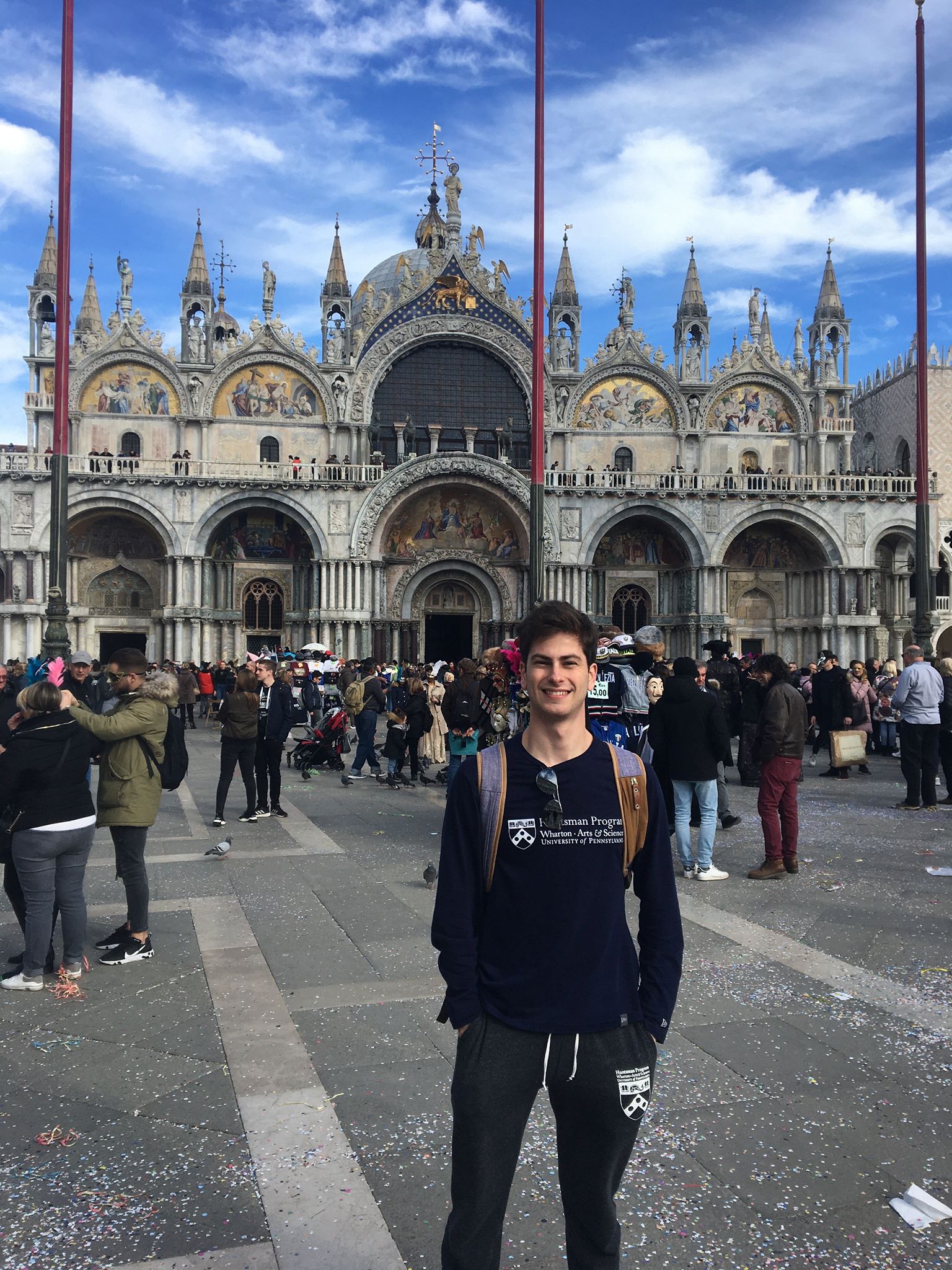 I didn’t go into my semester abroad in Milan, Italy at Bocconi University with any particular expectations. I was just excited to strengthen my Italian speaking skills and spend time with my family. I arrived in Italy mid-January to spend a week in Castiglione della Pescaia, Tuscany (my family’s hometown) with my family before making my way to Milan. Once I had adjusted to the timezone difference, I went north to Milan for an intensive Italian language course before I officially started classes. I was immediately blown away by the grandeur of the city. Every block, every corner had some historical significance. The Milan Cathedral was even more powerful in person. Everything seemed bigger than the time I had visited Milan half a decade ago.

I was lucky enough to live in a student dorm, and I immediately became close friends with my roommates – two from the U.S. and one from Ireland. With one of my roommates, who was from Hawaii and studying at Cornell University, we quickly found a fun group of friends who were in the same block of language courses and we began to explore the city together. It was soon evident that Milan locals could smell that we were American students from a mile away, and it was always interesting to see how people would react.

Classes officially started February 5th. My professors were passionate and knowledgeable about their subjects, which made the classes very fun. While during the week I would explore Milan, on the weekends I traveled with my friends to Budapest, Hungary as well as Venice for Carnevale and Lake Como ­– both of which are in Northern Italy.

The one thing I promised myself before studying abroad was that I would speak as much Italian as possible and make all the Italian friends I could. As soon as I arrived in Milan, I joined the Milan Masters Water Polo team. I was able to train with very good players from the area as well as learn the many choice words Italians use to express anger. I also integrated myself in the school’s Catholic ministry. I was altar serving and helping the priest with masses by my second Sunday. Through my new Italian friends, I improved my Italian as well and learned more about them and their lives in Italy.

Everything went south when I did – I left Milan for Siena, Tuscany on February 22nd. I was visiting some family in the area and I had planned to only stay one night. That night I received notice that my school had closed for a week due to COVID-19. I wasn’t sure how to feel – happy, worried, sad. I think I was more disappointed than anything. I was really enjoying school! I decided to stay in Siena for the moment. I had only packed clothes and items for the weekend, so I had to make it work with what I had brought. I wouldn’t allow myself to think about leaving Italy. I wasn’t ready. I was hopeful that the situation would clear up quickly, and I would be able to return to my studies.

Every night that week, I would listen to the Italian national news, Telegiornale 1, for updates on what was happening in Milan. I was in Tuscany and everything was fine. My friends who were still in Milan said that people were still out and about. It seemed like the response to the virus was overblown. That Thursday, school was canceled once again for another week.

That weekend, I was planning to celebrate my birthday (March 1st) in Copenhagen with my new friends (including my Hawaiian roommate). While I was obviously not super psyched about canceling the trip, my parents convinced me it was the right thing to do. Things were changing rapidly and it was unclear what would happen if I left the country. I, instead, spent my birthday with my aunt and uncle in my family’s hometown, which made for a great birthday in and of itself. That weekend, the CDC issued a Level 3 travel warning for Italy. Not great.

At this point, my courses were online with teachers giving live lectures, so I returned to Siena to have a more stable WiFi connection and continue my studies.

I was having a great time with family, but I was constantly waiting to hear if things were getting better and we could go back to normal. Everyone was saying something different – this is the Black Plague part 2 or this is just the flu. I had no idea what was actually going on and the high level of uncertainty ate away at me 24/7.

That week, all major events in Italy were to be suspended for the next 30 days.

I booked my flight for March 12th. I would leave from Rome and connect through Atlanta, Georgia to get to my home in Austin, Texas. I intentionally planned for a flight that late so my uncle – who would be driving me to the airport from Castiglione – could easily pick up my grandmother who would be on her way back from the U.S.

On March 7th, I went to Milan via car to retrieve my remaining belongings from my dorm. It was not safe to take the train. I quickly returned to Siena. That night the entire region of Lombardy (of which Milan is the capital) went on lock down with no one able to enter or leave.

That weekend, I stayed in Siena. I decided by chance to leave Monday morning for Castiglione to prepare to leave for the U.S. That night, all of Italy went on lockdown and no one would be able to leave their city.

The next night, I received notice that my flight on the coming Thursday had been canceled twice as all flights leaving Italy to Atlanta, Georgia were canceled. I was given the option to leave the following morning or leave that Friday morning. I chose to leave the next day.

All things considered, my flight back to the U.S. went smoothly. I connected at JFK in New York City and made my way to Austin. As I landed, I learned that the flight I took back to the U.S. was the last U.S. airline flight to leave Italy for at least the next month. I had barely made it home.

Once I was at home, in my room, I was not able to leave it for 14 days. My family ate dinner outside of my room at a comfortable distance. Everything I could have possibly touched was wiped down vigorously. Gloves all the time. I spent my time watching lectures online. Live classes were held at regular Italian time, so I could not attend the live classes. I, thankfully, was not sick and had a healthy temperature. After I was released from quarantine, nothing changed except I was expected to do chores. I missed quarantine time!

Obviously, no one expected the semester to go this way. I would like to think I had some foresight, but I didn’t. I truly learned what it meant to be flexible and work with uncertainty. All throughout this time, the Huntsman Program was incredibly supportive. I remember calling Kelly on a weekend incredibly worried about what would happen. She was very helpful and walked me through potential options. The support the Huntsman Program showed during this volatile time was paramount to my success in being comfortable with leaving for the U.S.

My whole family is back home now and it is good to spend time with everyone. I am grateful that I and my family here and in Italy are safe and I pray every night that everyone around the world who has contracted the virus gets better soon. During the day, the kids do schoolwork, and at night the family plays board games! Sometimes, my sisters and I even let our parents win. 😉