Erica is a freshman from South Korea, but was originally born in California, and grew up in Japan, Hawaii and South Korea. 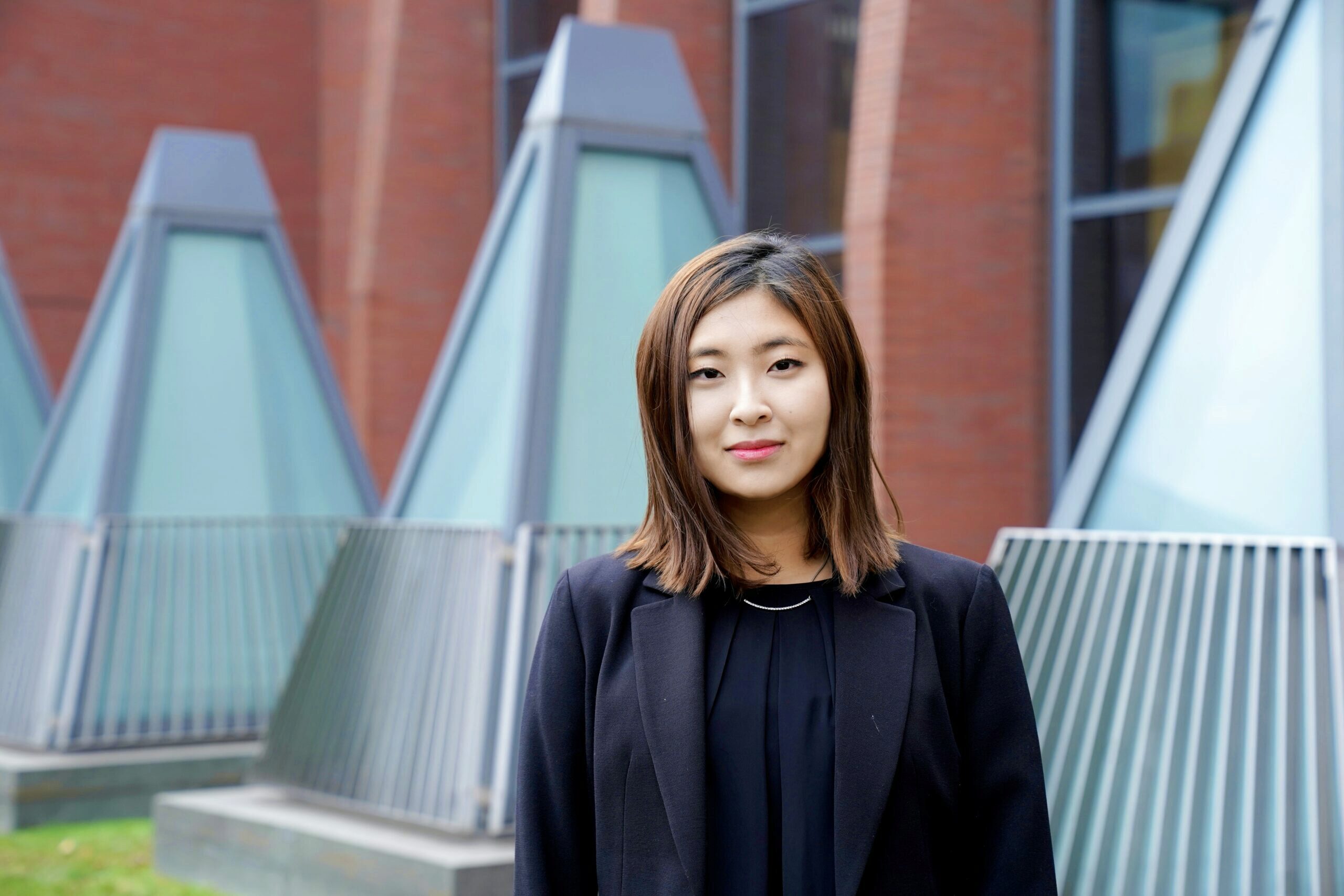 Tell me more about your international background. What is the story behind it? I grew up in Japan because both of my parents worked there, but then after the earthquake in 2011, we relocated to Hawaii. I remember being ten years old when the earthquake happened. I stayed in Hawaii for three years, where I learned English, and then I came back to South Korea, where I was the last seven years prior to coming to Huntsman. I went to an international high school in South Korea. As a result I speak English, Korean and Japanese. My target in Huntsman is Japanese.

Where do you feel the most at home? I would say maybe Japan. I definitely want to study abroad there and would like to work there long term. My dad has been working in Japan since I was little and still is. I spent some of my most formative years in Japan, so I feel a very close connection to the country. When the earthquake happened, I saw how Japanese people came together. Asia in general is very collectivist, so this idea that they can all come together to support one another even when they are the ones in dire need, was really insightful for me in the long run, it made an impression on me. I want to see how that image can be supported more at a global scale, especially now that the world is so globalized and connected.

How was the transition to Hawaii? It was a very steep learning curve. I literally could not write the alphabet correctly when I first arrived and I was already in third grade. The only thing I could do were math problems on a textbook — it was bad. But then I had a teacher who became my mentor and helped me out with my English. I am still in touch with her today. She was the one who taught me how to read and write in English, and now I am at Penn. She has been seeing every step of the way. I definitely had helpers, people who helped me along the way.

How did you find Huntsman? My math teacher told me that I should probably look into the Ivy League schools in the US. Funny story, I remember googling international relations and business, and then Huntsman was the first result on Google. I ended up applying to a summer program at Wharton called Leadership in the Business World, but because of Covid it became virtual. That gave me some insight into the business world at Penn.

What is your experience like with the Japanese department at Penn? Very positive. My Japanese professor this year is actually the author of the book we are using in class. Being able to use the book while also being able to hear from her why she wrote certain sections, what she hopes we will get out of each section, is such an amazing learning opportunity. She is extremely knowledgeable. My class is centered around business cases, so I feel like I am also learning a lot about the culture and how business is conducted in Japan.

How has this year been? Has it matched your expectations? In some ways, yes, but in others not in the way I expected. I had heard about Penn’s pre professional culture, but I did not know that it mostly revolved around finance and consulting. I also underestimated how tight the Huntsman community is. Living together for a year really makes you get closer to one another. I didn’t realize how much of a difference it makes to come back to your dorm and be surrounded by friends. I guess I also didn’t know that Penn was such a social school, there is always something to do socially, which I really appreciate. In many ways, Penn has been everything and more for me.